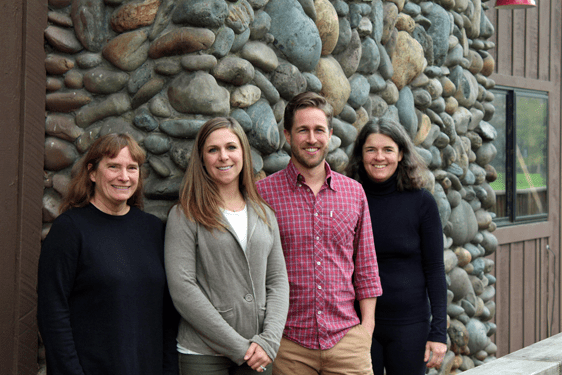 The Board of Directors of Sacramento Valley Conservancy (SVC) announces the appointment of Kelly Hopkins as the organization’s new Executive Director. Hopkins joined the conservancy in 2010, and has most recently served as SVC’s Communications and Marketing Director.

“Protecting the Sacramento Valley’s landscape in perpetuity is essential for the health of our community, our natural resources and wildlife,” said Hopkins. “I’m excited to continue working with such a dedicated group of volunteers, stewards and supporters who have a shared passion for protecting our environment.”

For the last 27 years you have supported SVC as the leading organization preserving open space in the Sacramento area. With your support, our staff, board and volunteers will continue our long-standing commitment to care for the land in perpetuity.

“The highest reward after working to build an organization and create change comes from passing that labor of love on to newly inspired and talented leaders,” said Aimee Rutledge who is transitioning from 22 years as SVC Executive Director to Acquisition Director. “Our new leadership inspires me every day. Sacramento Valley Conservancy is blessed to benefit from their energy, and from all our supporters’ efforts, to improve the Sacramento region for future generations.”

Hopkins has been with SVC for over 8 years. She grew up in Northern California where she spent her summers hiking, camping, sailing and exploring the Sierra, which instilled in her a passion for protecting the environment. After receiving her B.S. in Organizational Communication Studies from California State University Sacramento, Hopkins joined REI as the Outreach Coordinator where she worked to support community partners and organizations, including land trusts which led her to SVC. When she’s not working, Kelly’s favorite outdoor activities include cycling, running and adventuring with her family.

Hopkins takes over for Aimee Rutledge, who is stepping down from her position as SVC’s Executive Director, and will continue working with the Conservancy in her new role as Acquisition Director. Rutledge is “excited to focus on fulfilling SVC’s land protection goals.” She also serves as Vice President and California Program Manager of The Wilderness Land Trust, and Acquisitions staff at the California Tahoe Conservancy.

The conservancy board and staff are also proud to announce Evan Griffiths in his new role as Stewardship Director.

Evan has been with the conservancy since 2015. Previously Evan served as SVC’s Camp Pollock Manager and Stewardship Manager. He holds a B.S. in Mathematics from California State University Long Beach and a Certificate in Field Ecology. Evan’s interests include cycling, DIY projects, dogs, water science, and Geographic Information Systems (GIS).

Griffiths has taken over for Lucie Adams as she has stepped down from her position as SVC Stewardship Director, and working in her new role as SVC’s Stewardship Advisor. Lucie is looking forward to traveling and new adventures with family and friends.

“It has been a privilege for me to work with dedicated volunteers, docents, landowners, ranchers and SVC staff to ensure the Sacramento Region maintains a legacy of open lands for all. I am thrilled that this good work will continue into the future by the talented and enthusiastic new staff.”