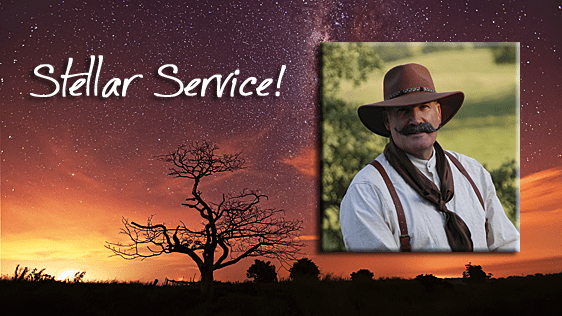 For the past fifteen years David Scharlach has been an outstanding Docent for the Sacramento Valley Conservancy. He graciously shares his time, talents, and breadth of knowledge with hundreds of Deer Creek Hills visitors each year.

The amazing history of California’s early indigenous people, first settlers, the gold rush and so much more is preserved upon the extraordinary 4,500 acres of Deer Creek Hills. About 15 years ago, David Scharlach—then a local scout leader—came to the Sacramento Valley Conservancy to volunteer as a hiking docent. He had reviewed some initial public records and was struck by the significance of the essentially untouched property. Soon, learning about DCH and sharing with others what he discovered became a passion for David. He took research skills developed as an attorney and reviewed old law cases, assessor records, maps and old newsprint. He spread out into fostering friendships with knowledgeable archeologists and descendants of its early settlers and miners. He walked the ground with Native Americans, history professors and relevant authors. As his “history hikes” became popular, he was approached by some who had personal stories and remembrances to share.

David continues to lead history hikes into the gold fields and sacred lands of the Nisenan Indians and delights in sharing “the rest of the story.” Recently, he received recognition from the State Indian Museum as an Honorary Native American Docent.

Learn more about David and the history of Deer Creek Hills by attending an upcoming Saturday docent-led educational hike. The next outing will be:

Step back in time and join us for the Deer Creek Gold Rush. Lead docent David Scharlach will guide us on a hike 3-miles long and a century and a half back in time as he retells the story of the search for gold at Deer Creek.