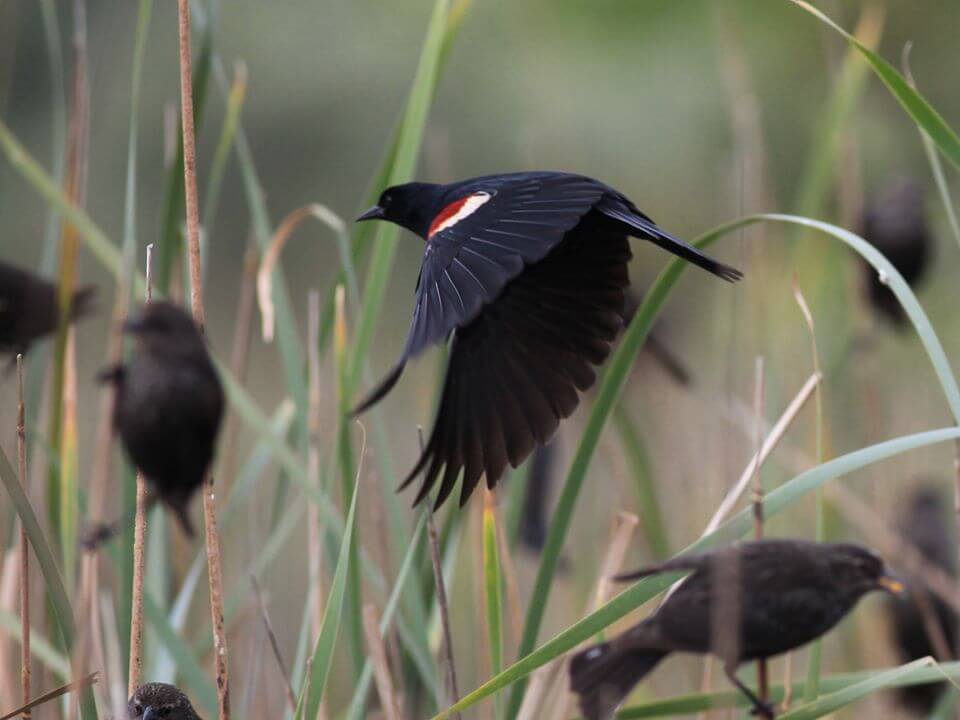 “It’s great news to have the birds counted and verified, it shows the strength of adaptive management at work” – Carly Amatisto, SVC Program Coordinator.While similar to the Red-winged Blackbird, Trikes are discernible by their longer, more conical bills, distinctive “sick cat-like” shrill, and male birds have stark white edging on their red wing epaulets. In winter you may see mixed foraging flocks containing both blackbirds, but nesting behavior of the two species is decidedly different.The colonies are often observed in groups of hundreds to thousands. Birds stream in and out of the colony to procure nesting material or high-protein food like grasshoppers and dragonflies for their young. Trikes seek a safe haven for nesting such as large stands of thistle, mustard, blackberries, bulrushes or cattails and need an open water source within about a 1/4 mile. In 2006 the largest colony observed was 140,000 birds. By 2017 the largest colonies consisted of about 13,000. As a consequence of the loss of 75-85% native wetlands in California, colonies are forced to relocate to smaller, less disturbed sites, like DCH and are found to be smaller in size. Together we are providing a safe and welcoming breeding site for the Tricolored Blackbird on SVC preserves.